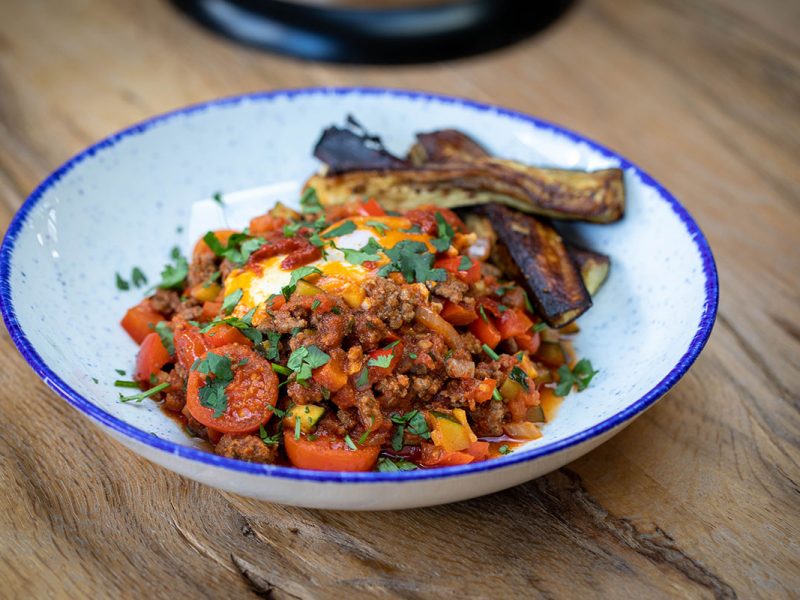 Endorsed by My Time for Change by Emma Wilson Fitness Cut off the ends of the aubergine and slice into 6 wedges.

Place on a baking tray and drizzle with 1 tsp olive oil, a pinch of ground cumin, salt & black pepper.

Heat a ½ tbsp coconut oil in a frying pan.  Fry the mince for 5-10 mins until it browns.

Half the cherry tomatoes and roughly chop the coriander leaves.

Add the cherry tomatoes, chopped tomatoes, half the coriander and half the harissa paste to the vegetable pan.  Then add the mince.

Simmer for 10 mins until reduced.

When the tomato sauce has thickened, use the back of a spoon to make two wells in the sauce.  Crack an egg into each.  Cover with a lid and simmer for 5-6 mins until the egg whites are set.

Plate up with the aubergine wedges.  Season with salt, pepper, drizzle the remaining harissa and sprinkle over the coriander.